We had our corporate event with Jaguar Land Rover last week. Chris and his team of 25 JLR employees set to work rebuilding the path next to the golf club. 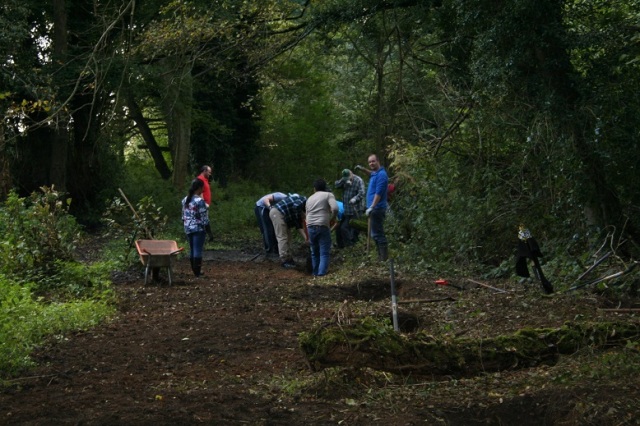 We had teams of ten people spread across the week. Sustrans Ecologist, David provided a plan to rebuild the path and Sustrans Wildlife Champions and Volunteer Coordinators, Nick and Helen were on hand to give direction.

The path along the disused railway-line had become waterlogged for a 350-metre stretch next to the golf course. Parts were totally submerged and other areas were ankle-deep in mud.

The Jaguar Land Rover team were tasked with digging soak-aways on the side of the route and using the hardcore that was dug up to resurface and raise the level of the path. 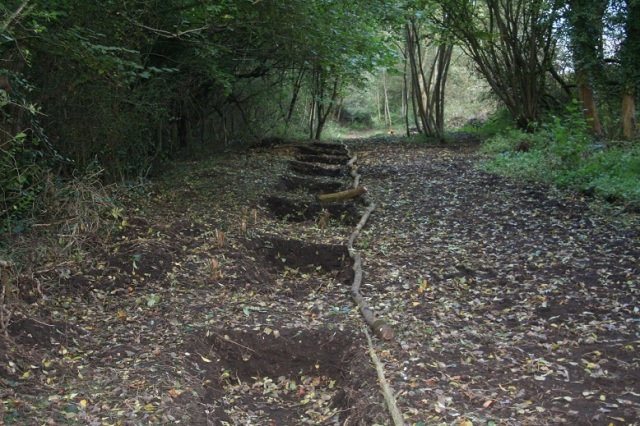 It was hard work digging the hardcore out but as the old saying goes, many hands make light work. 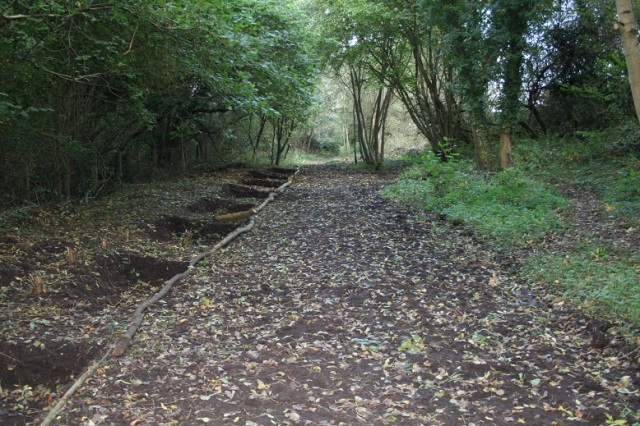 The route is now dry and passable. A huge benefit for walkers and cyclists who want to get to Draycote Water or Leamington Spa using the railway path.

Chris from Jaguar Land Rover was pleased with how his team have made such a huge contribution to the path, both as a means of sustainable transport and also opening it up for local groups to enjoy the flora and fauna that is abundant in the area.

A great job from all involved.

Just trying to create a slice of wildlife and a place for people to chill out and meet new friends in this crazy world that we live in.
View all posts by Paul →
This entry was posted in Newsreel and tagged Corporate Event, Jaguar Land Rover, national cycle network 41, sustrans. Bookmark the permalink.